DoorBot – Not Ready for Prime Time 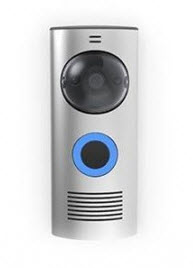 Executive Summary: DoorBot, a Wi-Fi connected doorbell with video capabilities, is a super interesting concept. But their support is awful, the product buggy, and performs poorly when it works at all.  Hold off buying one, or at least read this post to know what to expect.

Slow to Arrive, Support is MIA

Last summer I heard of DoorBot and thought it would be great for our house.  I paid for a unit a couple of days later.

The date of availability slipped a few times, but this fine and should be expected when you’re buying a crowd-funded product that isn’t in production.  For example, my Lockitron has been on order for over a year and it’s nowhere to be seen.  I’m fine with that as long as it works well when it shows up.

Finally, in early December I got notification that my DoorBot was on it’s way.  3 weeks went by and nothing.  The tracking link DoorBot sent me kept saying that the carrier hasn’t received the package from DoorBot, so I contacted DoorBot support to find out what’s going on.

Till this day, they hadn’t gotten back to me.  In frustration, I called their support phone number.  But all you get is a record saying “You can leave a message but it’s better to send an email”.  Been there, done that, thanks.

Trying to Set Up

Eventually the DoorBot arrived so I proceeded to set it up.  The way it’s supposed to work is that you start the setup process on their website or through their iPhone App, and at some point the DoorBot broadcasts it’s own Wi-Fi network and you need to connect to that.  Only my DoorBot didn’t do that.  I followed the troubleshooting steps from the setup manual as well as the troubleshooting guide.  Nothing helped.  The device never went into Wi-Fi mode.

I email back saying I’d tried all the suggested steps, what should I do next?  I’ve never heard back.

Accidentally Got It Working

I eventually figured out what the problem was: The first step in troubleshooting is to remove the back plate in order to press the hidden Reset button.  I had done that but never placed the plate back.  It didn’t look like it was necessary for the DoorBot to function as the only thing it had was contacts for connecting to a wire power source.  The DoorBot has a battery and was happily chiming without the back-plate so I never suspected a thing.

After attaching the back-plate and messing around with it some more it finally broadcast it’s Wi-Fi network and I was able to complete setup.

There are two things that were immediately disappointing.  First, the video quality was very poor.  It was pixelated and the video kept freezing then jumping around.  I would have provided a sample, but the reasons I can’t will be apparent soon enough.

Second, it takes 20-30 seconds to initiate the video feed from the moment someone presses the doorbell, which is a very long time.  It’s about 5-6 seconds until the phone gets a notification, then the app takes it’s sweet time connecting to the DoorBot.  My theory is that they’re using a relay server for the video, and perhaps they don’t have a server on the east coast.  If that’s the case, hopefully they can improve things by adding more relays.  Who knows.

Another minor disappointment was that there is no way to initiate a video feed from the DoorBot unless someone rings the bell.  This is something both my wife and I looked for right away, so I assume many people expect this feature.  Hopefully they’ll add it later.

The next day someone was at the door and I noticed my iPhone didn’t register the door chime.  I tried to ring the DoorBot again but still it didn’t work.  I had already read this guy’s angry complaint that the DoorBot only works 1 in 5 times, so I kept ringing it, hoping for an eventual connection.  I never got one.

I fired up the DoorBot app to see if there was any diagnostic function.  All it did was tell me that my battery was 100%.  Does that mean it’s actually connected to the DoorBot?  Who knows.

I dismantled the DoorBot a few days (and many ring attempts) later and tried to reset it.  Unfortunately, I can’t get it into Wi-Fi mode again, and all I have is a useless gadget sitting on my desk.

It doesn’t work and I won’t even bother contacting support again.  I haven’t still haven’t received responses to the two tickets I have open and I know others have had a similar experience.

If you haven’t bought a DoorBot I suggest you hold off buying one until they can get their act together in terms of support and until they fix the video quality and connection lag.

Theme by Anders Noren — Up ↑